The Arx Nimbus team is made up of experts in security, mathematics, and business management who bring their backgrounds in global consulting firms, top-20 software companies, and corporate CIO and CISO roles to deliver the top platform to reliably measure these greatest of risks facing business today. 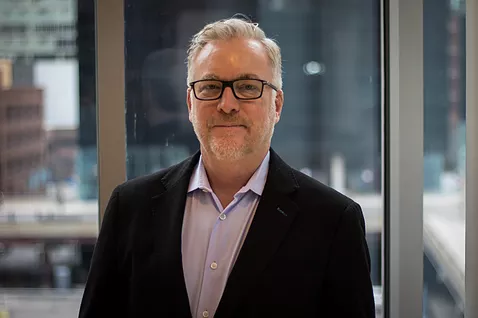 R. David Moon is CEO of the cybersecurity analytics software company Arx Nimbus. David began his career in the US Air Force’s 91st Strategic Missile Wing in data center operations for the nation’s nuclear forces. As VP Professional Services for Netfish Technologies in Santa Clara, David led a three-fold revenue expansion, through the sale of Netfish to IONA Corporation in 2000, joining Peregrine Systems through 2002 as VP Product Management for Peregrine’s first cloud product. His corporate experience includes CIO roles for Mark Travel, Westin Hotels, Doubletree Corporation and Cosmopolitan Resort. David has been a Partner for Arthur Andersen, and a leader in the cybersecurity practices of both Capgemini and PWC. In 2016 David left PWC to found Arx Nimbus, the leading provider of financially-literate cybersecurity risk analysis.

David earned his BS and MS in Management Science at Cardinal Stritch University, his Master’s in Economic Geography at the University of Wisconsin, and his MBA at the University of Chicago-Booth School of Business. David holds the PMP and CISSP professional certifications, and is a member of the Association for Computing Machinery and Sigma Xi, the Scientific Research Society. He lives in Chicago, Illinois with his wife Andrea. 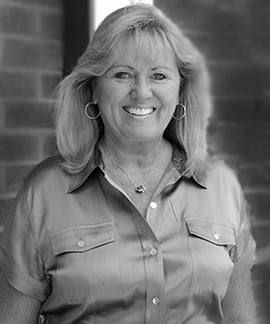 Paula led the finance and accounting function for several early-stage defense and technology companies that required a Top Secret government clearance certification. Her experience also includes time with Black & Decker, Autodesk, Alvarez & Marsal, and the not-for-profit space. She has led over 15 successful M&A integrations in Silicon Valley, and served as CFO for Cadence Design Systems in San Jose.

As CTO for Arx Nimbus based in Los Angeles, Stuart applies his expertise in building and maintaining technology-based solutions for large enterprise companies and scaling startups for acquisition or IPO. Expertise in architecting SaaS/Cloud based solutions and leading onshore/offshore development teams. Strong background in working with business executives in defining/implementing streamlined business processes, in order to effectively utilize system solutions. Expertise in integrating ecommerce solutions with back-office solutions and building data warehouses to support marketing, sales, and operational needs.

Stuart is pioneer of many innovative advances in streaming media and transaction processing, with key accomplishments as a Partner with Arthur Andersen, Director at Warner Brothers, CIO for HauteLook and as CTO for Randian. 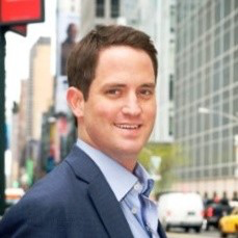 Andrew Patterson is Vice President of Product Management for Arx Nimbus. In his role, Andrew oversees the implementation of all communication and brand materials and services for Arx Nimbus.  Andrew leads the company’s efforts in directing the team coordinating at strategic and tactical levels.   As a top risk advisor to the US Secretary of Energy, Andrew has spent years working on the most challenging models of risk management. With experience in the hedge fund industry, PwC, and federal government, Andrew is deeply experienced in all forms of risk analytics and risk consulting. Andrew earned his B.A. in Economics from Southern Methodist University. 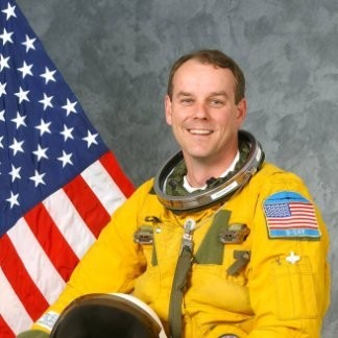 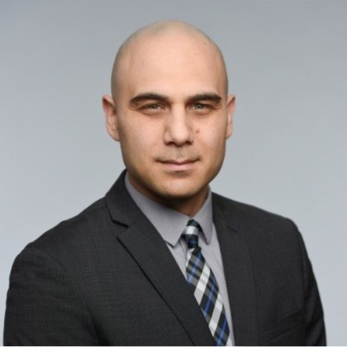 Aaron Kleyn is Data Science Director with Arx Nimbus. In his role, Aaron assists in the architecture and design of the company’s core algorithms. Aaron brings a diverse set of experience in statistical and mathematical analysis. As Biostatistician for AveXis/Novartis, Aaron developed analytical models in the development, testing and compliance of the world’s most highly priced medication. With his research and teaching in Artificial Intelligence and statistical algorithms, Aaron brings key insight to Arx Nimbus’ advances in the analysis and valuation of digital risk. Aaron earned his Bachelor’s in International Relations from USC, and his PhD in Statistics from Northwestern University. 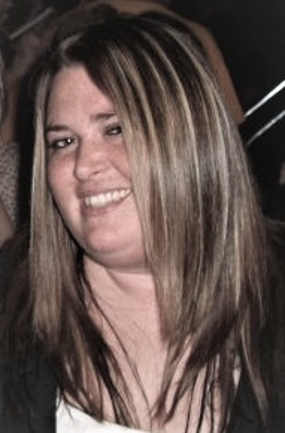 Tara Vincent is Operations Manager for Arx Nimbus. In her role, Tara manages the day-to-day operations, customer relations, and assists in many other aspects of the company. Tara has over 20 years of management experience mainly focusing on Property Management, Hospitality and Survey Equipment. She has worked for such companies as Heritage Financial Group, Hilton and Print-O-Stat. Tara attended Indiana State University where she studied Graphic Design and Baker College where she studied Hospitality Management. 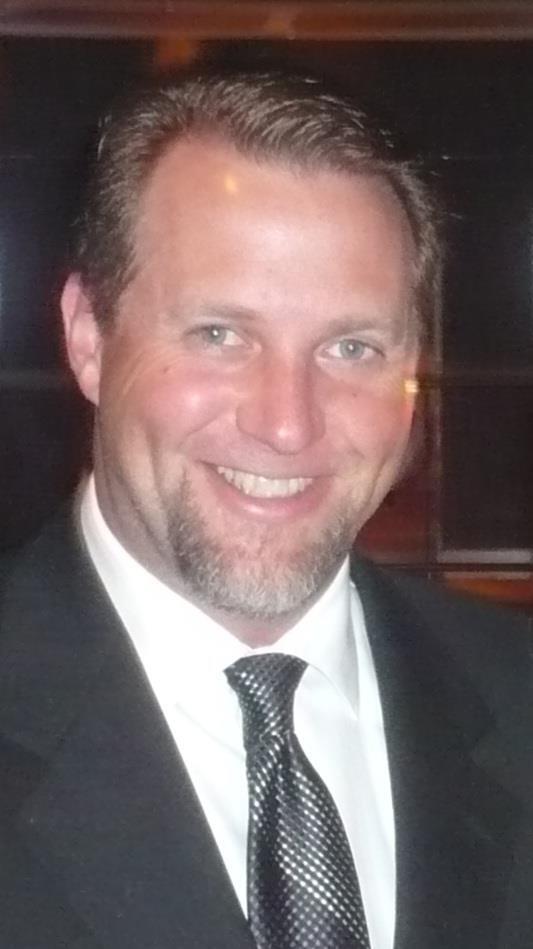 Chase Heath is VP of Technology and Operations for Arx Nimbus. Chase has over 25 years of experience as a Technology Consultant and Architect. He’s worked in consulting practices with IBM, CGI, Sogeti, EDS and served in the United States Air Force. Chase currently has a private consulting practice focused on Cloud Platform Transformations and Architecture. Chase attended the Defense Language Institute and earned his BA in Linguistics: Mandarin Chinese. 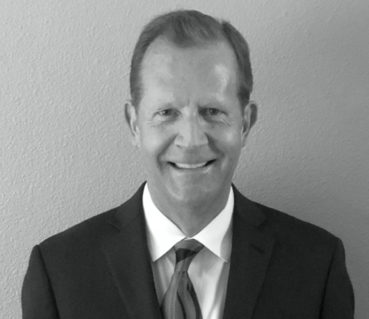 Ron McNair is a Technology, Operations and Finance executive with over 30 years of experience creating businesses and building teams.   Ron recently retired from Sony Pictures Entertainment to pursue his interest in working with emerging businesses and startup ventures.  He is a member of the Pasadena Angels investment group and Managing Director of 3 emerging enterprises.

During his tenure at Sony, Ron also held the roles of Executive Vice President of Finance and Operations and CAO and was responsible for overseeing Tax, Strategic Sourcing and Alliances, Treasury, Audit and Corporate and Studio Finance.  Ron was responsible for SPE’s worldwide cash management, planning, financial systems, enterprise-risk management and governance and compliance activities.

Ron held several critical roles during one of the most significant corporate cyber-attacks in history. He led or assisted on crisis management, cyber response, business resumption, regulatory and business resilience activities.  He also became a member of Sony’s Information Security executive committee.

Prior to joining Sony, Ron was a Partner with Andersen Worldwide and Deloitte Consulting, LLP.  Ron was the Global leader of Hospitality and Leisure consulting practice at those firms.  He also built the media and entertainment consulting practices at both Andersen and Deloitte.  During his consulting career, Ron helped clients define business and system strategies, implement sales, operations and financial systems and transform business performance.  Mr. McNair earned a Bachelor of Science Degree in Accounting from Loyola Marymount University and is the former Vice Chairman of the American Heart Association’s Los Angeles Branch. 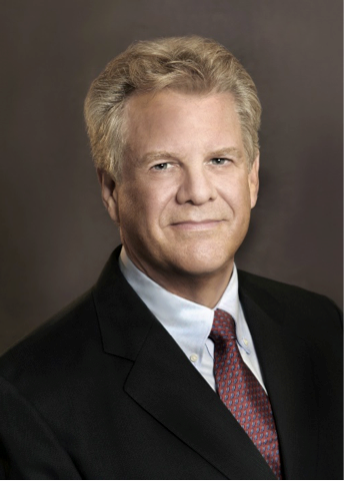 Patrick J. Gannon is an internationally-recognized thought leader in cybersecurity standards and integration. Patrick led the development and adoption of many of the cybersecurity standards in use globally, including the STIX and TAXII standards for cybersecurity log data. He is the Managing Director of SaraBay Advisors, focused on economic development and sustainable, smart city planning projects.  He also serves as President of the Downtown Sarasota Condominium Association (DSCA), a consortium of 30+ condominium associations in downtown Sarasota, which represent $1 Billion of taxable property value with over 2,200 condo units.  He is serving on the City of Sarasota Planning Board / Local Planning Agency.

Mr. Gannon was appointed in 2006 as a high-level Advisor to the United Nations Global Alliance for ICT and Development (UN GAID).  He also served from 2000 to 2005 with the United Nations Economic Commission for Europe (UNECE), as Chairman of the Team of Specialists for Internet Enterprise Development, which advised governments in transitional economies on best practices for electronic business.  Gannon served as a member of the US Election Assistance Commission (EAC) Technical Guidelines Development Committee (TGDC) from 2004 to 2006.  He also served in the 1990s as Vice President of Strategic Programs for the CommerceNet Consortium in Palo Alto, California, directing research and development efforts in new Internet commerce standards such as XML.  Mr. Gannon is co-author of the book: Building Database-Driven Web Catalogs, and is an international speaker on electronic business and Internet software standards.

Paulo Shakarian is an Assistant Professor at Arizona State specializing in cyber-security, social network analysis, and artificial intelligence, where he also directs the Cyber-Socio Intelligent Systems (CySIS) Laboratory. Paulo is a recipient of the:

His research has been featured in the media including the BBC, TechCrunch, The New York Times, The Economist, WIRED Magazine, Slate, and MIT Technology Review - where his work was included in their "Best of 2013" feature.

Paulo is the founder and CEO of CyR3con and earned his PhD in Computer Science at the University of Maryland, College Park. Previously, Paulo served as an officer in the U.S. Army where he was awarded the Bronze Star, served two tours of duty in Iraq, and as a faculty member at West Point. See http://shakarian.net/paulo for more information. 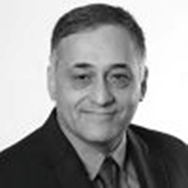 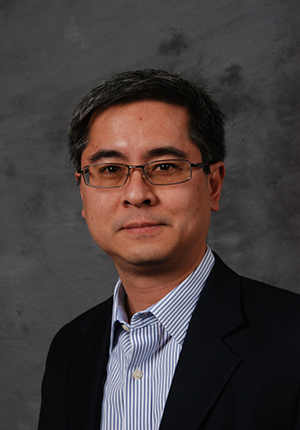 George Wang is a business technology leader, innovator and translator, having held senior roles in both technology and business areas. George implemented multiple technology "firsts" in wireless telecomm, insurance, financial services, healthcare and education. His 25 year journey through startup, mid-cap and Fortune 500 firms has given him a broad industry perspective of the common, as well as unique, business and people challenges in enabling technology transformation and innovation. During the second half of his career, George has been passionate about implementing change in the social good areas of education and healthcare, something that every human is entitled to regardless of socio-economic class. George has a unique blend of both strategic planning and operational project management leadership roles in startup, mid-cap and large-cap firms, allowing him to build and scale people and processes effectively. Most recently he was a Divisional CIO for the State of Illinois, focused on education and students. Prior to that, he was Technical Director, New Business Development at Stericycle, where he launched a new Healthcare IT startup investment fund SteriVentures LLC. George identified new business service lines and led the technical M&A assessment of two major acquisitions out of the 300+ that Stericycle has completed.

George has a BS in Computer Engineering from the University of Illinois Urbana-Champaign and a MS in Engineering Management from National Technological University (the very first graduate-level accredited satellite distance learning institution in America). He is a Board Member of SIM Chicago, Development committee member for I.C.Stars, former PMI Chicago Executive Council Vice-Chair and former AITP Governance Co-Chair. He has also been a volunteer mentor for various healthcare startup accelerators, including Chicago’s MATTER, and HealthBox and is a strategic advisor for MondoPoint LLC, which is part of the MATTER incubator. 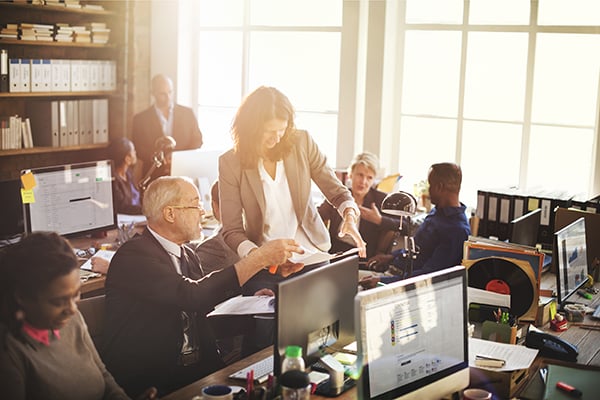 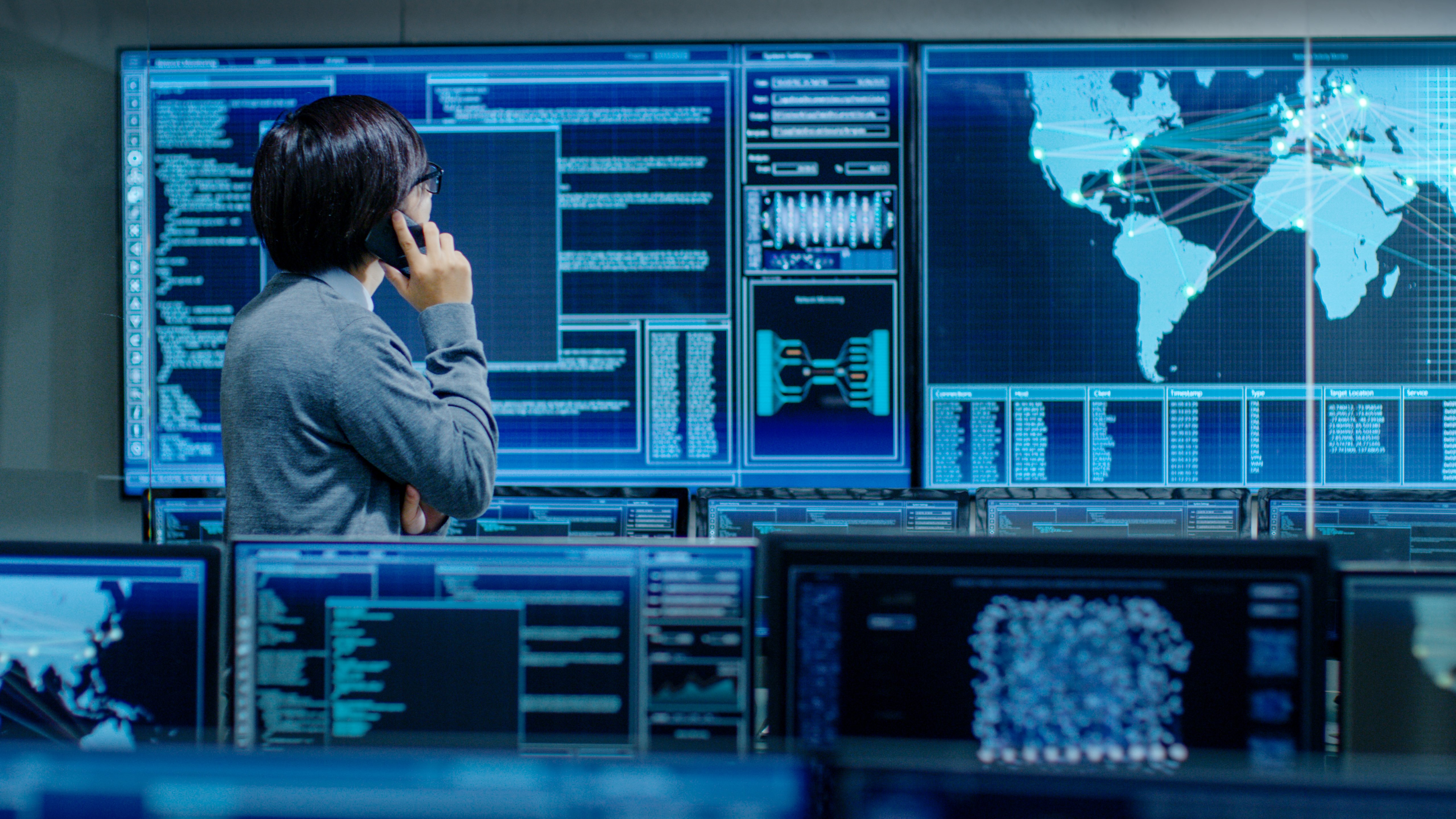 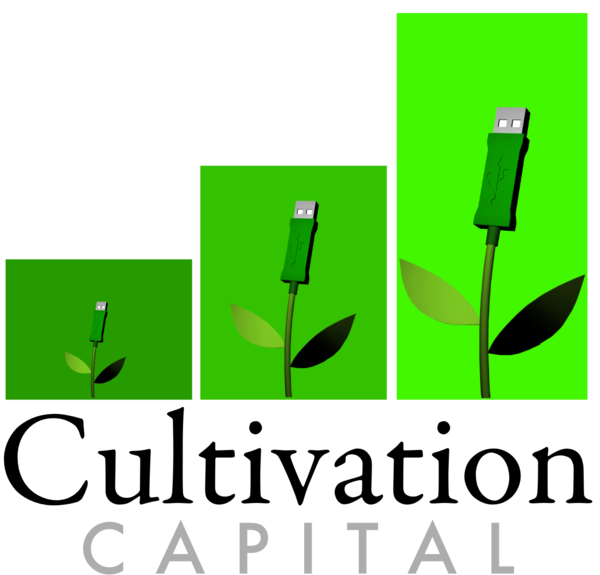 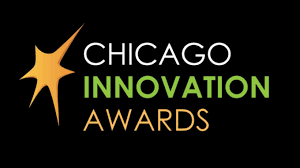